Day 1- Arrival and transfer to your hotel in Entebbe or Kampala.

On arrival, the driver guide will greet you and transfer you to your Hotel in either  Entebbe or Kampala for your overnight stay.

Day 2-Transfer to Rwenzori base station for an overnight

In the morning after breakfast, you will be driven to Rwenzori mountain or nearby Kasese for your overnight in preparation for the hike to the famous Rwenzori Mountains of the moon. 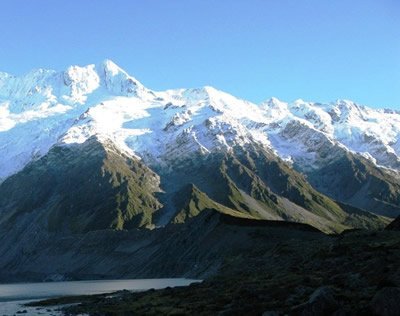 The trail head at nyakalengija is 22km from Kasese off fort portal road, from nyakalengija you will ascend around 10km which is about 5 hour to nyabitaba Hut, where you will pass through cultivation and gardens then through forest, there is piped water supply at the hut.

This will be the longest and most strenuous days walk, where you are expected to walk a minimum of seven hours, from nyabitaba hut the pass descends through forests for the first time before it crosses Bujuku River at Kart Schafer bridge which was built in 1989, between the bridge and Nyamileju Hut, the pass is good for the first couple of hours but it becomes steeper and rocky as you enter the moorland zone where heather plant are prolific. You will there probably stop at nyamileju for lunch where there is little used and rather run down hut as well as rocky shelter. After leaving nyamileeju, the path passes a giant heather forest and follows the Bujuku River. John Matte hut is about a two hour walk from nyamileju. The hut is in good condition and about 200m from the Bujuku River where you can collect water.

After your breakfast take another walk up to five hours, depending on the condition of the two Bigo Bogs, which are often knee-deep in mud. On the way to the hut you will pass Lake Bujuku, which has magnificent setting between mount Stanley where there is highest peak(5,109m margherita), Speke and Baker.Bujuku hut is the base for reaching Mount Speke, and you will need to spend an extra nightthere in order to do this. If you want to climb up to the highest point in the range, Margherita peak on mount Stanley (5109m), you must do this from Elena hut (4,541m) which is about 2km off the Central Circuit trail and three to four hours walk from either Bujuku or Kitandara huts.

On this day from Bujuku hut, you will ascend to the highest point on the central circuit trail, Scott Elliot pass (4,372m), before you descend to back to Kitandara lakes. The hut is next to the second Lake.

Upon this day, a five hour walk starts with steep ascent to fresh field pass (4,282) then descent to Bujongolo Cave (3,720M) the base used by1906 expedition. Further along the trail at Kabamba Cave (3,450m), there is an attractive waterfall and a rock shelter where you can stay overnight as an alternative to Guy Yeoman Hut.

After breakfast, you will take approximately five-hour descent walk from Guy Yeoman Hut to Nyabitaba hut (a descent of 851m), you can either stay overnight at the Hut or else continue to the trail head at Nyakalengija, which will take further three hours and involve a total descent of 1887m and that will mark the end of the Mount Rwenzori climb, reaching at Nyakalengija the driver guide will transfer you to your hotel for overnight stay.

Day 9 – Drive back to Kampala and end.

After your relaxed breakfast your driver guide will drive you back to Kampala or to Entebbe if it’s your scheduled flight back home.
Inquire Now