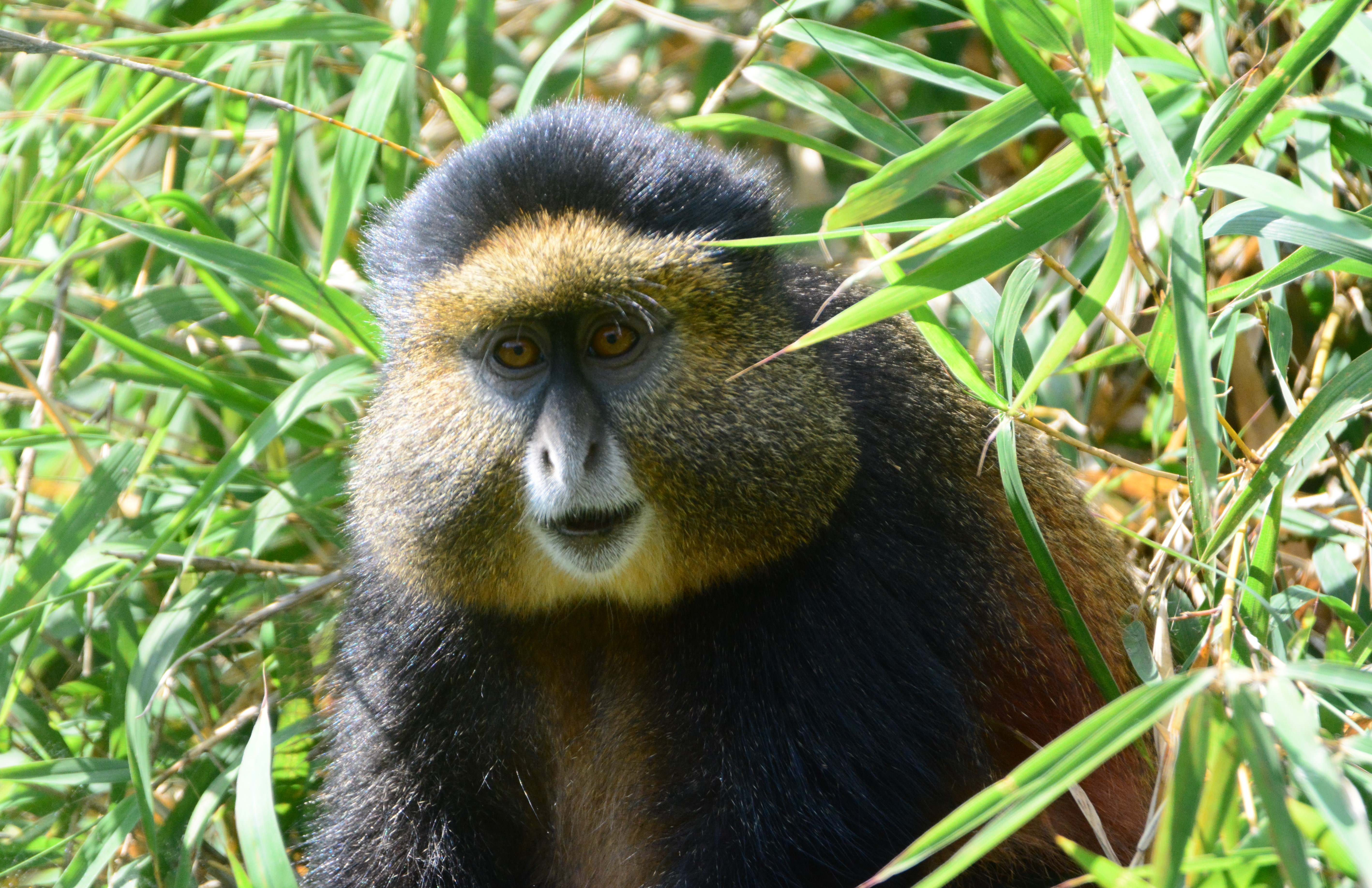 Golden monkeys in Rwanda live in the bamboo vegetation towards the base of the volcanoes and habituation has helped them to overcome their initial shyness, hence they accept their daily visit by researchers and tourists.

Trekking golden monkeys and gorillas is a similar experience, for instance in a small group of more than eight people but no more than 13, and you can spend one hour with the monkeys once you find them.

They are very active creatures, and jump from tree to tree which is really interesting and a little difficult to photograph as they are also habituated to human presence.
The golden monkey trek is worth going for while in Volcanoes National Park and and Mgahinga gorilla national park. If you’re interested in wildlife, this is a rare and delightful experience not to be missed!

Golden monkey live in the bamboo forest, they feed on bamboo shoots. Watching and photographing monkeys, you must be so fast as they jump between trees and there playing is so fast unlike peaceful gorillas. They live together in a group called troop, which is comprised of many individuals of different sizes.

Golden monkey trekking is spacial for primate lovers. It’s one of the easiest activity in the park compared to gorilla trekking and other hiking experiences. The preparation for this tracking and dressing code is the same as gorilla as trails sometimes becomes muddy and slippery.

Gorilla Safari Adventure is a trade name of Adventures To Gorilla Africa Ltd, an Africa based tour operator offering specialist gorilla and wildlife tours to Uganda and Rwanda.

As a specialist wildlife travel agents, we aim at maximizing your wildlife experience in your destination of choice.