Uganda Safaris will take you into the wilderness where you will enjoy the animals of the Savanna alongside those animals of the African rain forest jungle. Experience African savanna game drive safaris, primate tours, bird watching tours, and gorilla trekking safaris to Bwindi forest. visit our well-known Uganda game parks on a single trip for the best safari experience. A safari in Uganda is like no other. Take a game drive safari to Queen Elizabeth national park to spot tree climbing lions of ishasha, meet the troops of chimpanzee that swing in the vines of Kibale forest, enjoy a private safari to see giraffes and view the world’s most powerful waterfall in Murchison falls national park and see Zebra that roam Lake Mburo national park. Check our top Uganda Safaris below to get a hint on how you can begin customizing your trip. 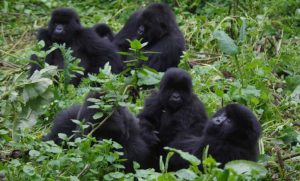 This 3 days trip leads you to Bwindi Forest, the home to the few remaining mountain Gorillas. Track gorillas and take a local community tour. Read more 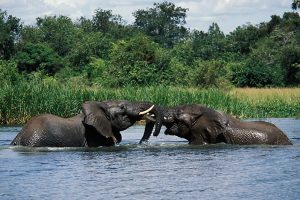 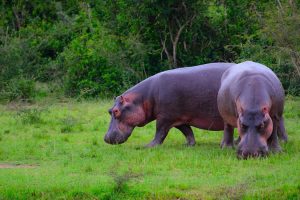 This trip takes you to Queen Elizabeth National Park, western Uganda. Enjoy the game drive in search of Savannah animals and a boat trip on Kazinga channel. Read more 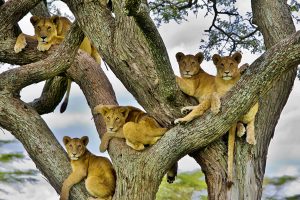 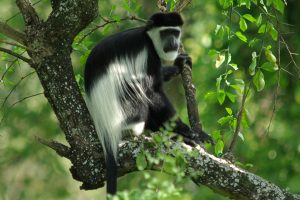 This memorable expedition takes you to the wonderful homes of Uganda’s primates, where you will encounter our close relatives; chimpanzees, gorillas, and African savanna animals. Read more 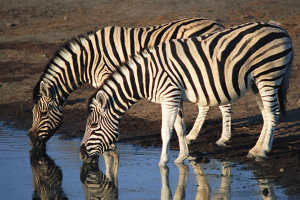 The primate Special adventure starts in Kampala Uganda’s capital city and ends in Kigali Rwanda. Track the mountain gorillas in both Uganda and Rwanda on this tour. Read more

Welcome to Uganda Safaris and tours in the pearl of Africa, and country gifted by nature. Ecologically, where the East African Savannah meet the West African forest jungle, making it a classic adventure tourism destination. Kampala is a modern capital of Uganda serviced by an excellent selection of international hotels, including a high –rise Sheraton right in the city center, as well as bustling malls stuffed with banks, shops, restaurants, internet cafés and cinemas.

The stunning lushness of Uganda’s national parks combined with Uganda’s landscapes provides the setting for some of the Africa most memorable visitor experiences. There are more the country can offer other than wild life, there is mighty Nile punctuated by the spectacular Murchison falls and the setting for some of the world’s most thrilling commercial white water rafting. There are the snow caped peaks of the Rwenzori Mountain (5109 m) which provides a tantalizing challenge to most dedicated mountaineers as well as Virunga volcanoes and Mount Elgon, both of which offer highly rewarding hiking opportunities while enjoying their beautiful scenery. More to these there are beautiful Lake Victoria, Lake Bunyonyi as well as forest fringed crater lakes that stud the rift valley floor and thee escarpment around.

Our Uganda Safaris will take you to the most unique blend of Savannah and tropical forests with rare of montane and Lake Habitat which are ranked the best Africa safari destination.

Uganda national park that ranges 10 in number provides the best wildlife encounters in our Uganda safaris destination, Mountain gorilla tracking in the Bwindi impenetrable national park offers the best viewing opportunities in the world for these rare primates, and also provides refuge to forest elephant, Chimpanzee, various Antelopes, as well as 23 bird species restricted to the Albertine rift of the total 350 species of birds recorded. Mountain gorilla tracking is the highlight of any trip in Uganda.

Besides Bwindi forest, other parks include;

Mountain gorilla also form the main attraction at Mgahinga national park, which protects the Ugandan portion of the Virunga, an imposing string of nine free standing extinct and active volcanoes that runs along the border with Rwanda and Congo

Murchison falls national park that lie in the north east of Uganda is the country’s largest protected area that support dense population of lions, buffaloes, elephants, Uganda kob, together with localized Rothschild’s giraffe and patas monkey. Immense concentration of hippos and birds can be observed from morning and afternoon launch trips along the Nile below the spectacular waterfall for which the park is named.

Queen Elizabeth national park, this is the second largest park of Uganda which offers prime grazing to buffaloes, elephants, and various Antelopes, Hippos and crocodiles that are frequently seen on the kazinga channel using the launch trip. Bird list stand up to 612 species both forest Savannah and water birds including migrants Mammalian specialties include Giant forest hog, and the legendary tree climbing lions of the Ishasha southern sector.

Semuliki national park, the low lying and more remote is Uganda’s extension of the Congo’s Ituri rain forest set at the northern base of Rwenzori, it’s of special interest to ornithologists for some 40 Congolese bird species recorded nowhere else in the country. Nearby Semliki Wildlife reserve which abuts Lake Albert is one of the best localities for sighting of the rare and sought after bird the Shoe bill.

Kibale forest national park is the primatologist dream. It hosts over 13 Primate Species including the chimpanzee and red colobus. Here more than 1,000 chimpanzees live in this forest with elephants forest antelopes living together, Habituated communities here are frequently visited twice a day on shorter and long sessions.

Lake Mburo national park, this is the closest Savannah park to Kampala, it is centered on a series of swamp-fringed lakes known for their rich bird life, notably the secretive African Finfoot. The green acacia woodland surrounding the lake harbors dense population of Zebras, warthogs, giraffe’s buffaloes, Impalas, and various other grazers including the last surviving Ugandan population of Elands which are the largest of the African antelopes.

Kidepo valley national park which lies in the far northeast is the remote, wild and little visited park that provide refuge to a long list of dry country species not found elsewhere in the country, including Cheetah, and greater kudu, while its perennial waters attract large number of elephants, thousand-strong buffalo herds, zebras, Giraffes, especially during the dry season. Lions, hyenas are also seen in the area as the prey on various antelopes. Birders also find it easy to identify various species within this area some of them being rare and specific in this park including the Karamoja Apalis.