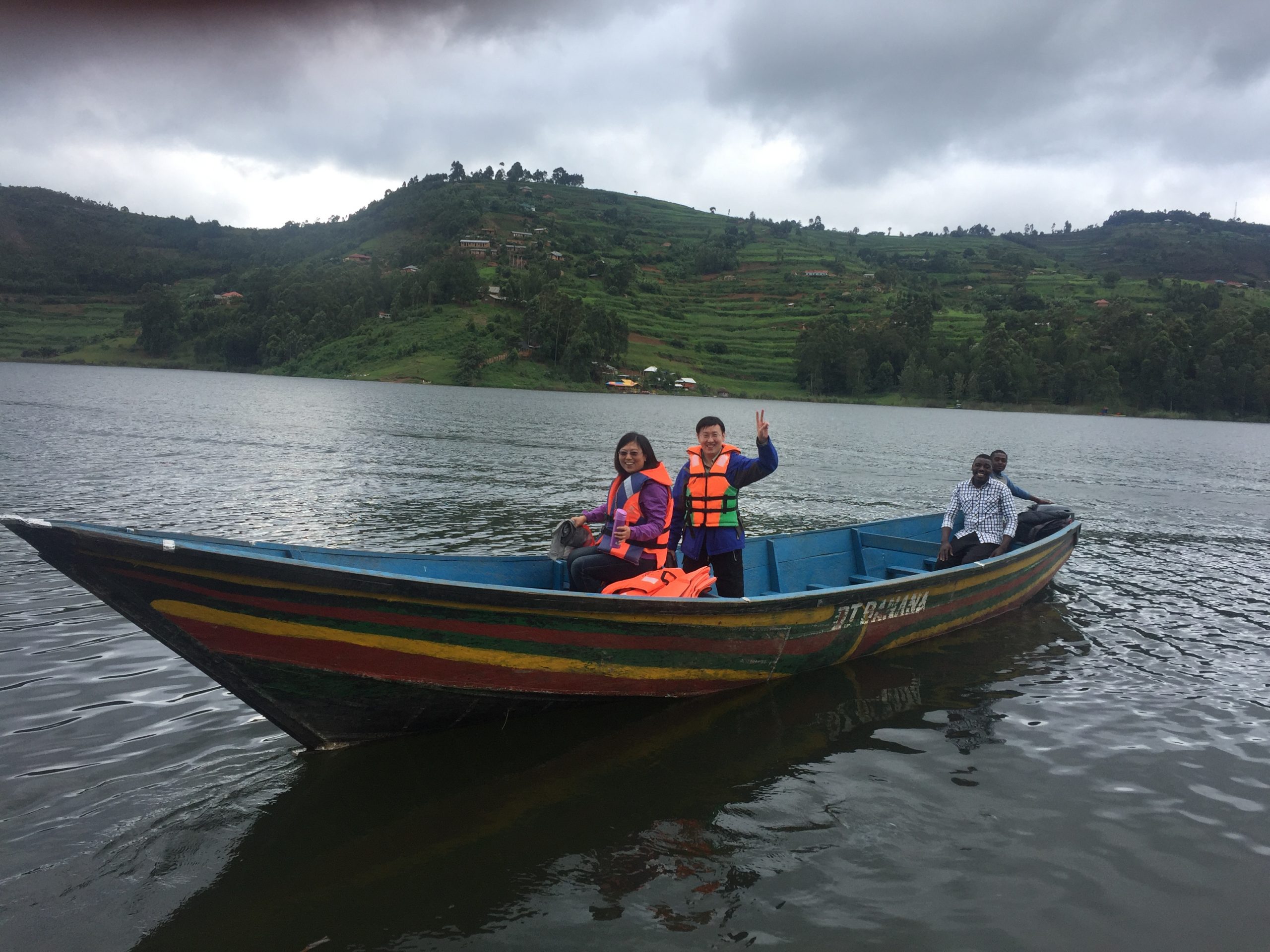 Lake Bunyonyi literally means the “place of little birds” which is possibly reference to the prolific weaver colonies along its shore, but larger birds are also presented by the likes of grey crowned crane and variety of herons and egrets. Lake Bunyonyi as its serpentine shape suggests is essentially a flooded valley system, extending northwards from the Rwandan border over a distance of 25 km through the contours of the steep hills that separate Kabale from Kisoro. It is said to have formed 8,000 years ago, as a result of Lava flow from local craters which blocked off the Ndego River at present day Muko to create a natural dam. The lake has a total Surface area of around 60km.sq, but it forms the core of a 180 sq.km wetland ecosystem also incorporating the Ruvuma swamp and several other permanent marshes. It lies at an altitude of 1,840 m but several of the enclosing hills rise up to 2,500 m and reported estimate of its depth vary wildly, it’s probable nowhere greater than 45 m deep. The lake is dotted with at least 20 small islands and these islands are enriched by steep terraced hills.

Lake Bunyonyi is a magical spot and has been popular day trip out of Kabale town for decades. Over the past few years, the lake has further gained in popularity and there are many lodges and camps of different standards that accommodate visitor comfortably. Also it favors the high altitude location which ensures a moderate climate often becoming chilly at night and relatively low incidence of Malaria. Bilharzia is reliably reported to be absent from the lake as are crocodiles and hippos, which means that swimming is very safe on this lake.

Attraction here on this lake is Birding watching on lake shores,

Cultural experiences, visitors who are active are catered for, with Canoes, boats and Kayaks, take the visitors to see different islands as they learn about their history these include punishment island, upside down island and Sharpe’s island.

The lake is also regarded to be Uganda’s most beautiful and deepest compared to many other lakes within the country.