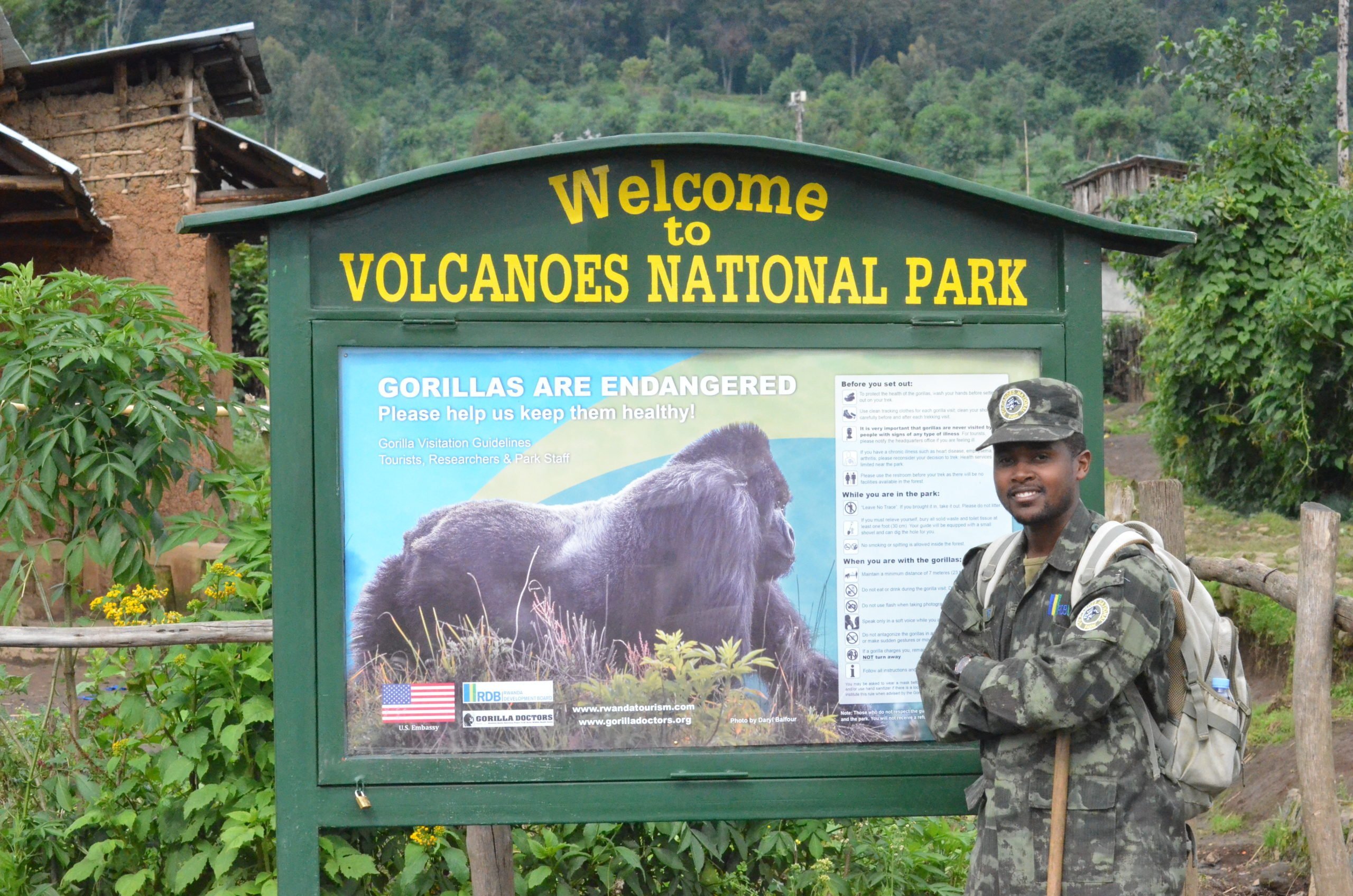 Volcanoes national park was gazetted in 1925 as a small area bounded by Karisimbi, Bisoke and Mikeno volcanoes, intended to protect the mountain gorillas from poaching. It was the very first National Park to be created in Africa.

There are many activities to be enjoyed in this area a part  from Mountain Gorilla trekking, this area is a home to numerous caves, a number of cultural and community tourism initiates  as well as being an excellent location for Bird watching.

For the sport enthusiasts there a number of hiking trails in the majestic Virunga Mountains, or one can enjoy cycling in the area, boat ride on the twin lakes or even try your hand on fishing.

Most of the Volcanoes forming the magnificent Virunga Mountains range chain are dormant, except for Mount Nyiragongo at 3,462 m and mount Nyamuragira at 3063 m above see level in DR-Congo. The most recent eruptions date was 2006 and january 2010. The Highest volcano is Mount Karisimbi at 4507 m with the oldest volcano being Mount Sabinyo which stands at 3634 m. Mount Bisoke, Mgahinga, Mikeno and Muhaburaa volcanoes are the other volcanoes within the volcanoes national park. There’s a crater lake Ngezi on the summit of Mount Bisoke which is very interesting to see for those doing Hiking tour on this specific Mountain.

The mountain Gorillas survive thanks to Dian fossey, a researcher who was buried at her research centre alongside these mountain gorillas to which she dedicated her life.  A hike through the trail leading to her tomb and Karisoke research Centre is the beautiful yet challenging. Its 1 hour to 2 hours hike up steep slopes where orchards, bird life and even occasional gorillas can be seen. This hike is one of the activity that one can plan to do beside the gorilla trekking experience.

Bisoke Volcano 3711 m above see level is located on DR-Congo and Rwanda border. An eruption in 1957 formed two small cones on the north part of the volcano, 11km from the summit, which supports a beautiful crater lake, Lake Ngezi.

Hiking to the crater lake requires 4 hours up steep trail from the Bisoke departure point to reach the summit. The walk around the crater lake rim is highly recommended. Allow 6-7 hours for the entire trip. A maximum fitness is requires for one to undertake the hike.

Most travelers visit Rwanda’s Volcanoes national Park to spend time with the famous mountain gorillas, but there are other primates to see. Trekking the golden monkeys through the bamboo forests they live in, is another unique experience. The golden monkey is an Endangered specie.